Contributed by Deena Thomas of Stanberry Realtors in Bastrop 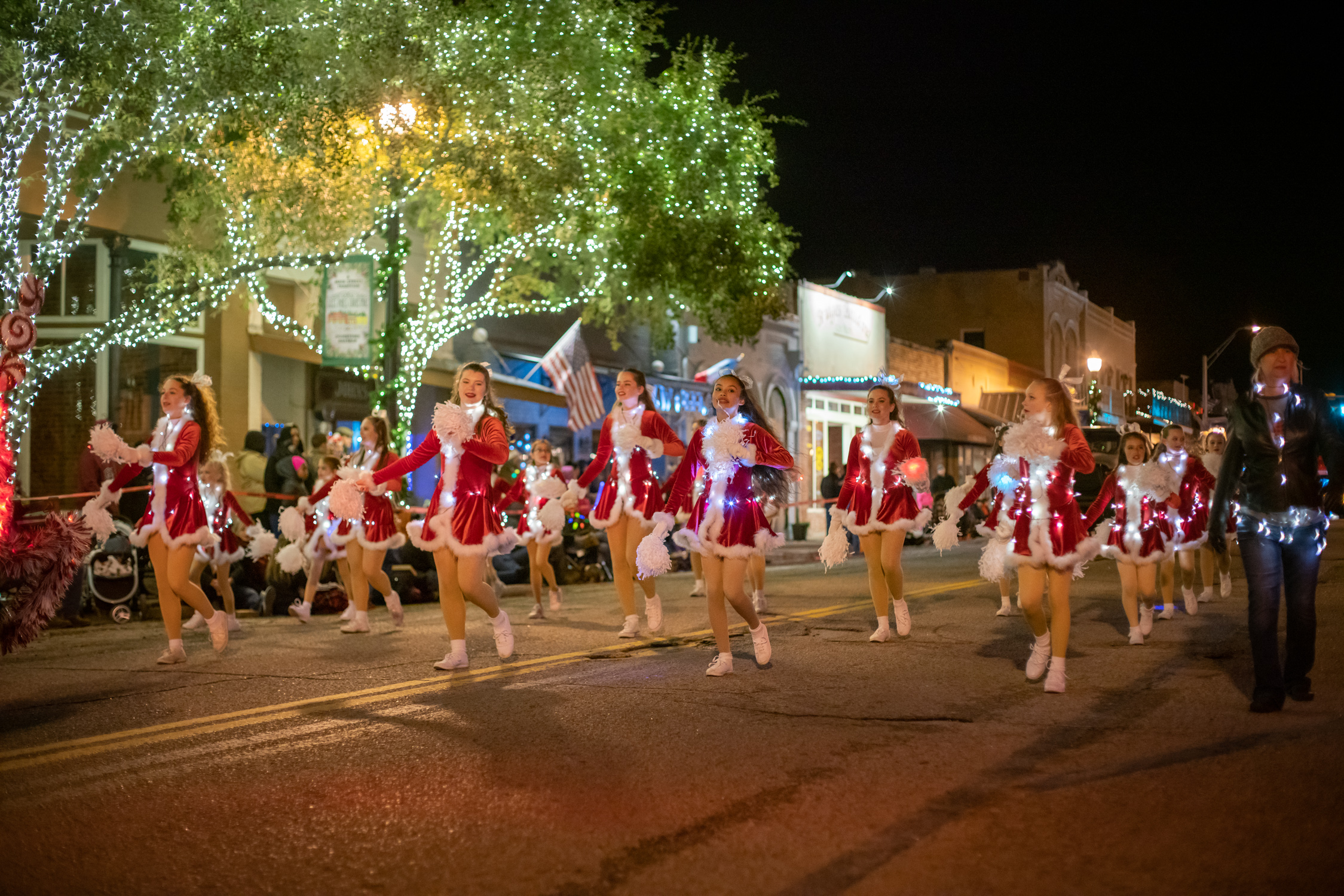 (BASTROP) Once the Thanksgiving dishes have been cleared and the leftovers squared away, Historical Downtown Bastrop along with Santa Claus will be ready to usher in the Christmas season Saturday, Nov. 30 followed by several beloved Christmas events leading into Christmas.

Family and friends will be drawn to Saturday’s Downtown Main Street shopping with Wassil Fest, an event in conjunction with American Express Small Business Saturday, which encourages holiday shoppers to patronize brick and mortar businesses that are small and local. Shoppers will enjoy various Wassil samples at participating stores and vote for the best cup of the day.

Stop by Liberty Glen and find a great collection of McKenzie Childs kitchenware and home décor featuring all patterns along with exquisite, custom Christmas garlands, trees and wreaths, unique tableware, and home décor, as well as an extensive children’s gift line and a selection of women’s mid-priced fashions.

On the next block, Lost Pines Art Bazaar greets shoppers to items from around the world displayed in a beautiful setting. Those shopping for more than the run-of-the-mill Christmas gift will find a wide array of products from apothecary, food items, jewelry, leather bags, and unique books. There’s a section specifically dedicated to quality children’s toys, books, layettes, and other gift items. But the most impressive part of the Lost Pines Art Bazaar shopping experience is the nation’s largest hand-knotted Persian rugs alongside elegant fine furniture and global antiques. Those looking to make such an interior design investment can even set up a time to meet with one of Lost Pines Art Bazaar design consultants. 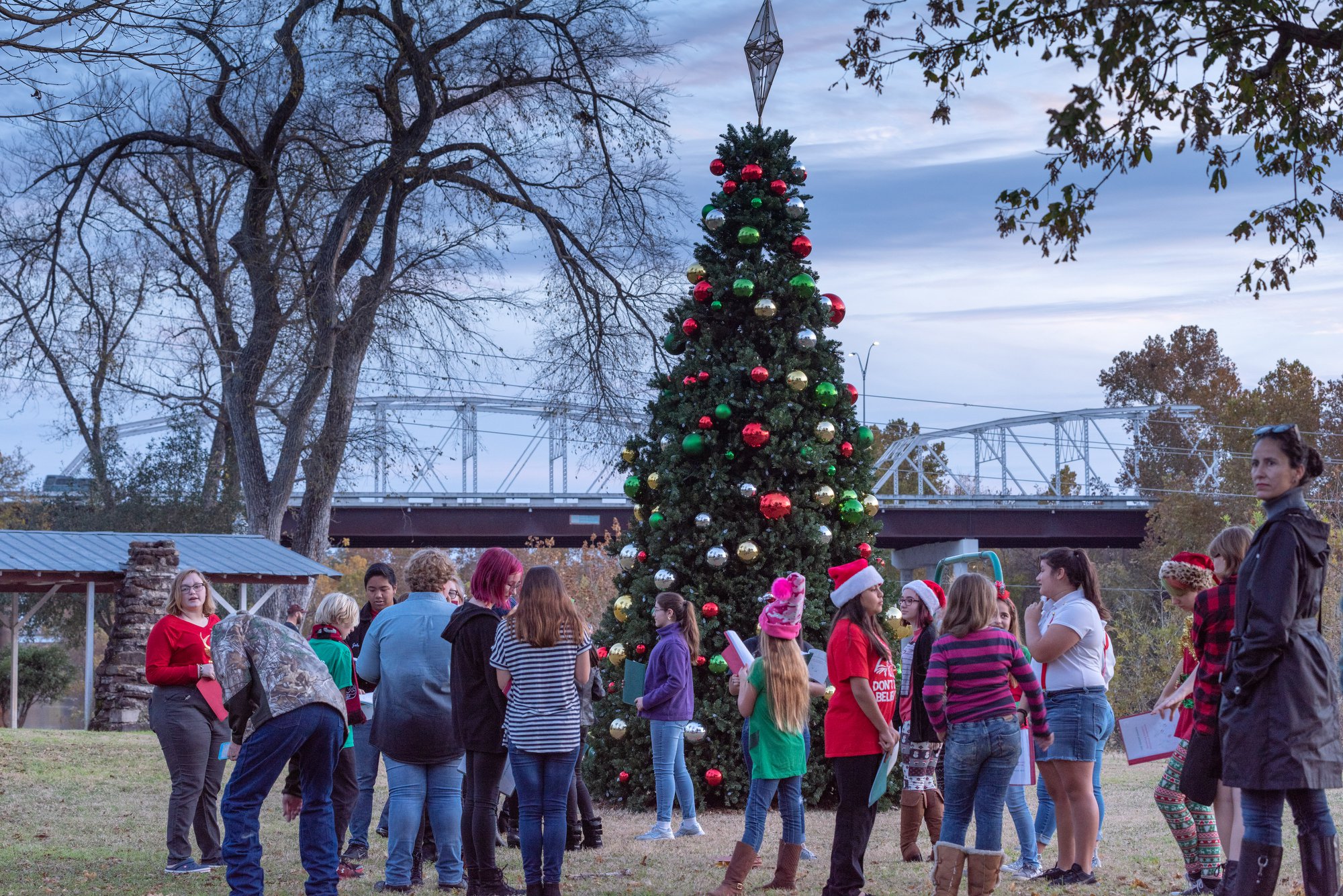 The Christmas spirit will first sparkle at the lighting of the Christmas tree and Trail of Lights at Fisherman’s Park that runs along the Colorado River. This evening will be especially inviting as local school choirs carol, and there may even be a Santa sighting. Access to this event can be from the steps beyond Wells Fargo Bank on Main or at Fisherman’s Park entrance off of Farm Street.

For the next two weeks, families will stroll in the evenings by the twinkling lights of Main Street and the Fisherman’s Park River Walk to capture that Christmas cheer brightly lit along the paths or even to take in the Christmas pageant chaos at The Best Christmas Pageant Ever performed at The Bastrop Opera House. But it’s Saturday, Dec. 14 that will draw people of all ages to the Historic Downtown Bastrop for an entire day of Christmas cheer starting with the Historical Homes Tour and ending in the evening with the Lighted Christmas Parade.

Bastrop Historical Homes Tour---Noon to 5 p.m.
For the 40th year, historical homes of Bastrop will be open for tour. Donned for Christmas and represented by docent volunteers, these six jewels have been chosen by the Bastrop County Historical Society for the showcase. Early bird tickets can be purchased on the following link through Nov. 15 for $15. Children under 12 accompanied by a ticketed adult are admitted free. Tickets at the door the day of the tour will be $20. 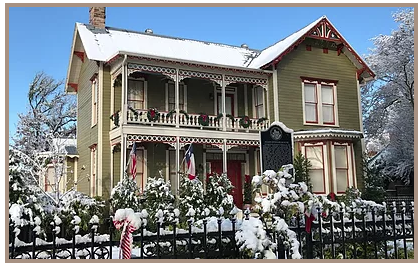 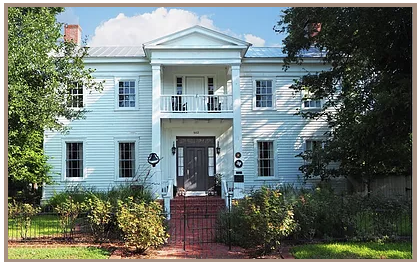 The Margaret Chambers House, a classic, two-story Texas Greek Revival home built before 1857, this house was the first residential structure to acquire a Historical Medallion in Bastrop County. 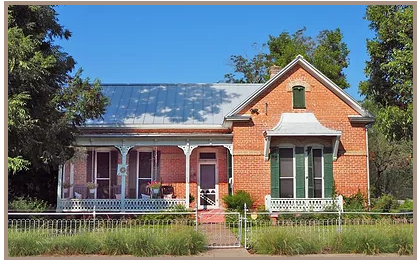 The Alf Jung House, owned by members of two families, Jung and Smith, for 115 of its 124 years and first time on the tour! This Folk Victorian was built of red brick by Alf Jung, a brick mason, who along with his father and two brothers built many of the buildings in downtown Bastrop 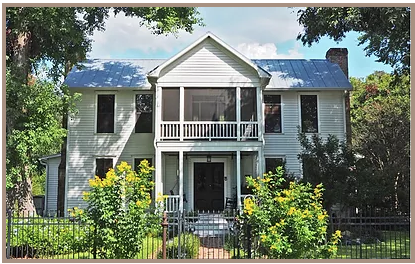 The Howell House, the central element of this house is a three room, one-story dog trot built before 1860 and once designated "The Miley House." It was moved to this lot and a second story and other rooms added in 2004. 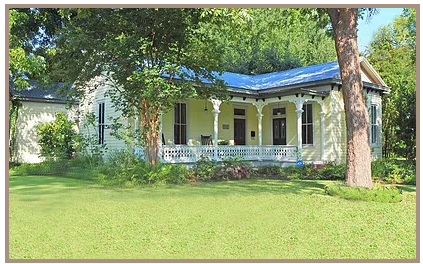 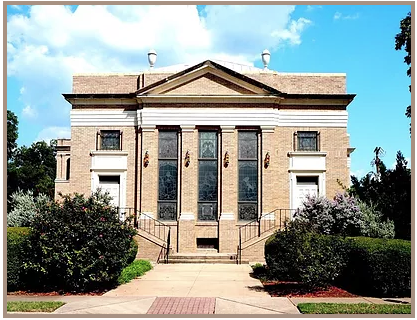